Nobody Puts Kenzie In The Corner: Sorry Not Sorry (But Actually I’m Really Sorry) 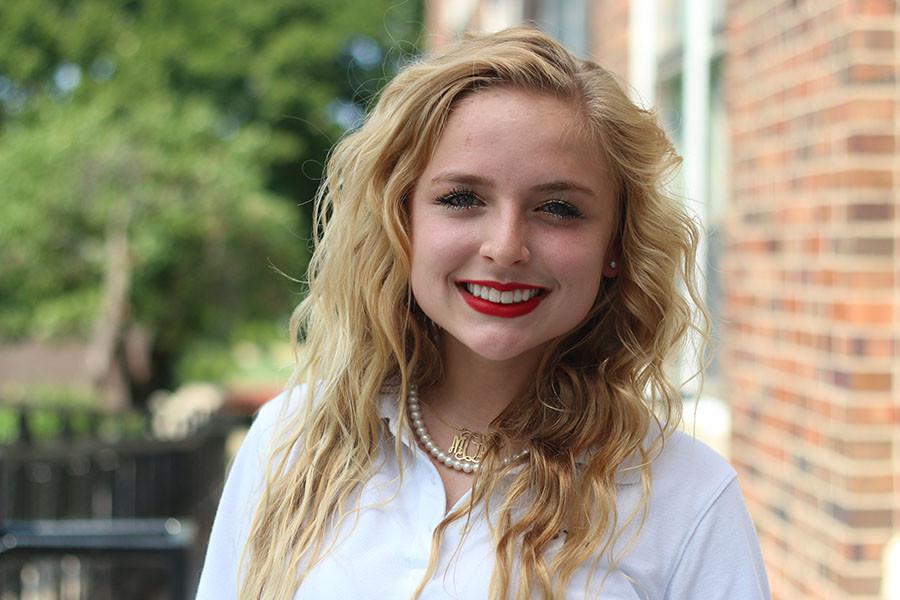 “And, what about Mr. Egner? What did you think of him?”

The hours following Back to School Night my sophomore year were spent interrogating my mother about every minute-by-minute detail of her walking each of my eight classes and speaking with my teachers.

“He’s an incredibly cool man,” she answered with a calculated patience for my incessant questioning.

“Does he like me?” I pried more. “Did he say anything about me?”

“You apologize too much.”

“He said,” my mother continued gingerly, “that you say sorry too much.”

This was the first time anyone had suggested this to me. I was thrown. The next day, I lingered behind after A.P. World History.

“Mr. E,” I confronted him. “Did you tell my mother I apologize too much?”

“Mackenzie,” he grabbed me by the shoulder. “To say sorry for everything one does means one of two things– either you are for some reason constantly afraid of offending someone with your every move, or you don’t truly understand the meaning of the word.”

Though both options fostered a fair measure of discomfort for me, Egner’s insight offered a multi-faceted edification. Foremost, I attempted to stitch together a patchwork definition of what it means to apologize and what warranted it. Like most people past the age of five, I understood the literal denotation of an apology. I understood that one apologizes when one feels regretful for doing something potentially hurtful, offensive or inconvenient to others. Thus, I was forced to acknowledge the alternative (as according to Egner)– I was “constantly afraid of offending someone.”

Not only did Egner’s reality check make me fundamentally reconsider the foundations of my social consciousness, but it also caused me to develop an extreme hyper-sensitivity to my over-apologeticness. Feeling uneasy, I began to ask those around me their opinions. The overwhelming consensus was that I did, indeed, apologize too much. The unanimity of the vote concerned me. I decided to disregard the matter completely and focus on more worthwhile concerns than the quantity of my apologies.

Yet still, even weeks after Back to School Night, I kept catching myself reflecting on what Egner had said. I decided to enlist the opinion of another reliable authority figure. About 9:30 p.m. the following Monday, our first publication night for the Dart had come to a choppy close, and STA journalism teacher Brad Lewis and I waited for my ride outside Donnelly. Despite his only knowing me for about a month, I asked Lewis the question that had been haunting me for weeks.

“Do you think I say sorry too much?”

“I think -” he paused. “You probably do say sorry too much. But I know I probably do too.”

“I saw something that made me think of you,” Brad Lewis, with whom I have become remarkably tight with over the course of this year, remarked one day during a Friday 7th period free.

“Well, that’s concerning,” I shot him a noticeably alarmed (and perhaps suspicious) look. Bracing myself for an onslaught of Lewis’s signature scathing sarcasm, I asked what he was talking about.

Moments later, I opened my email to find a link to a BuzzFeed article entitled We Challenged Ourselves Not To Say “Sorry” For A Week — Here’s What We Learned. Instantly, I knew why Lewis had sent this to me. From our conversation that Monday night my sophomore year, over-apologeticness became a daily recurring punchline between Lewis and me. My abundant apologies, initially sparking pangs of self-consciousness, became more of a light-hearted inside joke and little more.

“You apologize too much too,” I typed back, “Do you think you could do it? Go a week without saying sorry?”

“Let’s do this together next week and compare notes,” he replied instantly. “Start on Tuesday and go until 9th period Friday. Deal?”

And in that moment, I committed to what would easily become one of the most difficult weeks of my life.

I woke up Tuesday morning with one goal in mind: Do not apologize.

Unintentionally paralleled with Lewis and I’s initial discussion of apologies, this week happened to be the same week as publication night. This meant I would be at school (where I make most of my apology-worthy decisions) from about 7 a.m. to 9 p.m. By the end of the day, I had apologized 47 times. That’s how many times I apologized while making a conscious effort not to apologize. The rest of the week followed in similar suit.

The worst part was that none of the apologies were even for worthwhile causes. While at pub night, someone fell out of her chair on the other side of the room and I apologized. Why did I apologize? Had I pushed her? Did I use black voodoo magic to telekinetically shove her from her chair? No. This event was entirely uncorrelated with me in every way, shape and form.

This led to the realization that apologizing is, more or less, a reflex for me if I sense any vague discomfort for myself or others. In social atmospheres, I use “sorry” like a comma. If I feel awkward, I apologize. If anyone seems unsatisfied, I apologize. If there’s a minor disturbance in the atmosphere, I apologize.

All of this prefaces the big question that has nagged at me for over a year: why do I apologize so much? And, after this week, I finally discovered the answer. I use apologies as a mechanism to cope with my deep-seated social awkwardness. Because I feel extremely uncomfortable in most social scenarios, I project my discomfort onto other people, and subsequently feel obligated to apologize for making them uncomfortable when, in fact, no one was uncomfortable– that is, until I apologized unnecessarily and made things weird. It is for this reason that I felt most vulnerable and uncomfortable not being able to apologize this last week.

As always, thank you so much for reading. Please comment your questions, comments, concerns or death threats below. Thanks!

Thank you to Mike Egner for bringing to light what has now become one of my greatest insecurities and to Brad Lewis for this brilliant idea and for putting up with my whining this week. You are the real MVPs. Also, I would like to apologize to anyone who talked to, walked near, saw or thought about me this week.