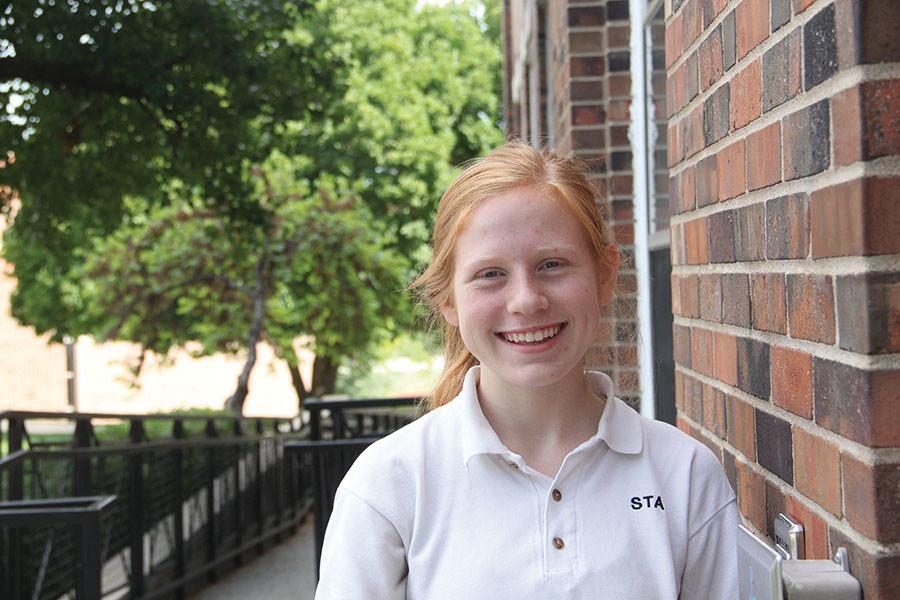 Hey guys! Wanna hear about how I’ve been in four car accidents and how there was a temporary warrant out for my arrest? My life clearly rocks. (FYI, one of the wrecks was my fault. I overshot a turn in the St. Peter’s parking lot).

Anyway, wreck #1 was very traumatizing, and you will soon understand why.

It was an unseasonably chilly September morning, the night after the Zac Brown Band concert. I had slept through my first class because I had gotten home at 12:30 a.m. the night before. As I drove to school that day, construction was going strong on Wornall Road. The street was surrounded by tractors, construction workers and a large flatbed truck carrying 18 foot long, 21 inch wide bright green sewage pipes on the corner of 58th Street.

I tentatively drove towards the truck, thinking to myself, “Man, it would suck if those pipes fell off and hit my car.” I spoke too soon.

Suddenly, the string holding the large pyramid of pipes on the truck popped. The pipes tumbled down onto Wornall, creating a sea of green shattered plastic. I heard a big “thunk” and felt my car tip onto two wheels. I can’t remember if I screamed or not, but knowing me, I probably did. Lexi, my car, corrected herself to her original state on four wheels, and I pulled over onto 57th Street, across the street from the abandoned school.

Before getting out of my car, I foolishly thought, “Maybe the pipe didn’t leave a dent. Maybe it was just super light or something.” I definitely should’ve known better considering my car was knocked onto two wheels, but whatever. I’m pretty sure I was in shock.

I mustered up the courage to get out of my car, and burst into tears at the sight of the back end of my car. The rear driver’s side door had been bashed in, and the wheel well was bent over the tire. I sat on the side of the street and picked the chunks of green pipe out of my car, silent tears streaming down my face. After that, my mom came, and we had a nice long talk with the construction company, which ended in a threat to sue them (my dad’s a plaintiff’s attorney). You could say I had an interesting morning that day. I am now genuinely scared of big trucks carrying large cargo and get mini anxiety attacks if I have to drive by one.

Wreck #2 came on the day of Kairos, May 25, I believe. I was driving my sister to St. Peter’s, and I was stopped at the intersection of Rockhill and Holmes. The light turned green, I looked both ways, and I continued to drive. The song “Electric Love” by Borns was playing softly in the background. The song reached the point where it says, “Baby, I’ve been struck by your electric love,” and I heard my sister scream. I kid you not, I was t-boned right at the “struck by your electric love” part.

Anyway, cue Meredith screaming expletives so loud that the lady who hit me can hear me shouting through my closed windows. I got out of the car, and she apologized profusely. She kept repeating, “I’m sorry, I’m just so spaced-out right now, like, I don’t even know what’s going on.” Here’s a hint: if you feel too “spaced-out” to drive like a proper human being, DON’T BOTHER DRIVING!!!!

Wreck #3 was Aug. 10 this year. I was driving, minding my own business traveling south on Ward Parkway going around the roundabout. Suddenly, this 450-year-old man comes around the roundabout and doesn’t yield. I see that he isn’t stopping and that he’s gonna hit me, so I stop and honk (just so you know, if I didn’t stop, the wreck would’ve been a lot worse). So, despite my copious amount of honking, this guy hits the back driver’s side of my car. I’m sitting there, STILL honking at him, and he continues to drive. That’s right, he sideswiped the ENTIRE drivers side of my car. I sat there, with my hand firmly pressed on the horn and my jaw dropped to the floor.

He pulled over a couple blocks away, and I just burst into tears when I finally pulled over and got out of the car. He kept saying, “There there, don’t cry.” Let me tell you, I sure as heck wasn’t taking any of his sympathy. He kept trying to hug me, I guess, and without shame, I swatted his arm away multiple times. Anyway, this guy tried to blame the wreck on me, so my dad and I had to go to the police station. They play soft jazz in the background, which really complimented the screams of the criminal they were taking out of the station that night. This is also where we found out my parents had never paid one of my parking tickets, and that there was a warrant out for my dad’s arrest and how I was eligible for arrest if I got pulled over at all in the past seven months. Fun, right?

Thanks for reading and much love, have a fabulous week and try not to wreck your cars #:) #<3