Nobody Puts Kenzie In The Corner: The Day of Love is Ironically Well-Hated

I guess I just don't understand the "milk in a wine glass" aesthetic. 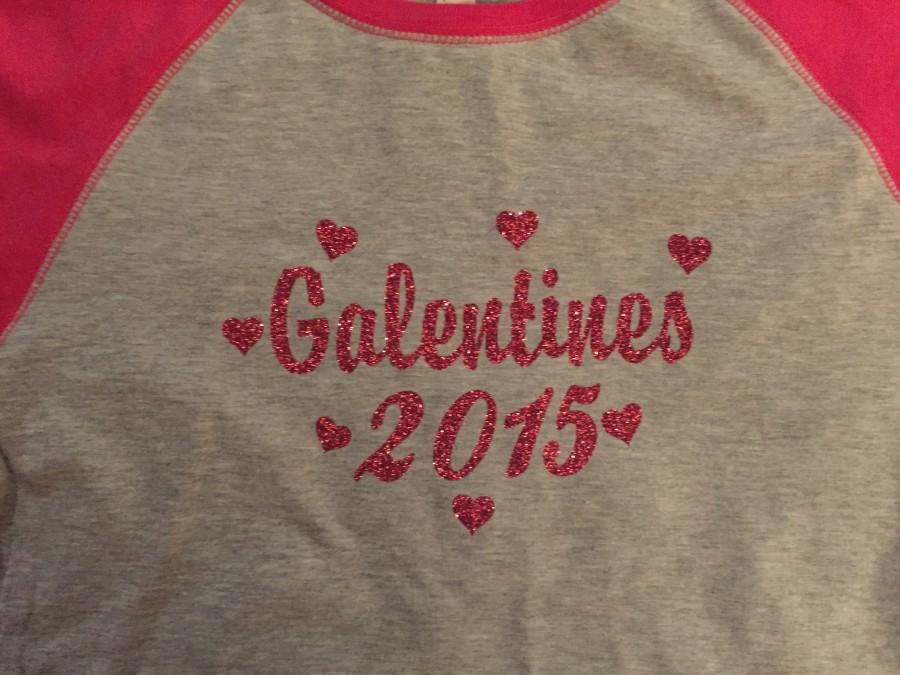 Break out your chick flicks and beware of an obese, bow-wielding, aerodynamic toddler because it’s that time of year again – Valentine’s Day. It’s a truth universally acknowledged that I am not a hopeless romantic by any means, but admittedly, Valentine’s Day has always held a special place in my heart (and no, that pun was not intended nor avoidable). However, I’ve noticed that 99.99% of the population absolutely hates what I’ve always considered to be one of the most light-hearted days of the year. If you need any proof, just Google something to the affect of “Valentine’s Day hate” and watch the barrage of BuzzFeed quizzes and angsty bloggers. Honestly, all the Valentine’s bitterness is just slightly devastating to me. Thus, as I brainstormed which holiday would be my #17 Unconventional Holiday, I felt obligated to find alternative ways to make Valentine’s Day a little more enjoyable for everyone involved.

In order to have an ‘unconventional’ Valentine’s Day, I had to first pinpoint what all constitutes a conventional Valentine’s…and then do the opposite. I compiled the following list:

Have a significant other.
Go on a date with said significant other (preferably dinner/movie).
Exchange gifts with significant other.
If no significant other, glare at all the couples that are happier and more fulfilled than you will probably ever be. Bonus: make a bonfire out of rom-com DVDs, red roses, and the empty boxes of all the Valentine’s candy you binged on when you were eating your feelings. I mean, it’s not like you’re bitter or anything, you’re like totally cool with being single, like, who wants to be tied down? *muffled crying into a pint of Ben & Jerry’s*

Upon compiling said list I realized the one constant was celebrating your significant other (or lack thereof), and considering my lack of allure pretty much shot that horse in the face, I knew right then and there that I’d have no problem spicing up the Valentine’s norm. I came to the conclusion that, in a holiday dedicated to love, it’s a tragedy that the only love normally recognized is romantic love. Thus, I decided to use the Valentine’s 2015 to celebrate love of the exclusively non-romantic variety.

Coining the term Galentine’s Day (which was surprisingly NOT originally inspired by feminist icon Lesley Knope), I immediately began planning a night of platonic love with my five best friends. Minor issue: one of the five, sophomore Eleanor Grever, actually has a boyfriend (unlike the rest of us). Therefore, to avoid the uncomfy prospect of making her choose between her friends and her boyfriend, Eleanor and I decided to make Galentine’s a two-night event.

And what better to kick off our non-romantic Valentine’s than expressing love for our community? Because that’s exactly what Eleanor and I did when we took off after school to go volunteer to paint at Habitat for Humanity’s Restore in Blue Springs, an opportunity I learned of through the youth group at St. John LaLande, my grade school. To put it simply, Habitat for Humanity gives housing assistance to the impoverished and homeless. Needless to say, it was an honor to get to spend a few hours revamping their place of business.

At the beginning of our visit, a man working at Restore took Eleanor and I back to the break room and showed us a few photos on the wall. The families in the photo, he explained, were families recently housed by Habitat for Humanity.

“Ultimately, this is who your volunteer work is helping.”

For some reason, that really stuck with me, and here’s why: in regards to most things, I’m not entirely sure I always look past the immediate enjoyment of the activity at hand and how it will affect me, how it will look on my college applications, how it will ultimately benefit me. I’ve always looked at this as a display of proactivity and some sort of “eyes on the prize” outlook – ultimately, though my heart is definitely in the right place (most often, that place is a college admissions office in New Jersey), I’m inadvertently a little more selfish than I’m comfortable admitting. However, when it was pointed out that our volunteering actually affected real people, I realized that I might need to reevaluate what drives me. I’m not saying my main motivation won’t still be getting into my dream college, but it won’t hurt to be a little more genuinely concerned with the cause I’m helping out with.

After a couple of hours of some intense floor painting (with a well-deserved slushy break, compliments of SJL Youth Group Leader Steve), we grabbed some Dunkin Donuts (my eternal vice) and dinner. Part I of Galentine’s was a stunning success.

Though Part I set the bar incredibly high, Part II, dedicated to absolute love of best friends, of Galentine’s was just as magical and wonderful as its predecessor. Sophomores Cassie Hayes, Nicole Maus, Kelly Hulsey, and I met up at Brio for dinner. We exchanged gifts, including matching Galentine’s tees and friendship bracelets.

It was a rather mellow affair until about halfway through the dinner. The table across from us was composed primarily of elderly women. “Mack, what do you have against the elderly?” It’s not so much the women that I found strange as it was the fact that they were drinking milk out of wine glasses. At our table, there was a heated debate over who would ask the waiter if they were actually drinking milk or if it was some sort of exotic alcohol we minors were ignorant to. Guess who ended up asking? Thanks, guys. Our waiter returned, only to tell us that he wasn’t actually assigned to the Elderly ‘Milk’ Drinker Table and, thus, had no idea what the fluid in the wine glasses was. He then went on a wild quest to find the waiter in question. And, after about 20 minutes of chasing the Elderly ‘Milk’ Drinker Waiter down, our waiter returned to tell us that, yes, it was milk. I couldn’t help but have flashbacks to the Hugh Hefner fan in my trip to the wax museum. The elderly women I feature on this blog are more entertaining than I am.

Post-dinner, the girls and I went back to my condo for some hardcore hide-and-seek. After Cassie and Nicole went home together, Kelly and I proceeded to buy some coffee/books at Barnes & Noble (where we ran into fellow sophomores Lizy Hagan and Lily Levi, coincidentally). We then stayed up until 4 a.m. to finish Himes essays to the tune of a marathon of The Office, breaking only when my dad brought home pizza at 2 a.m. We’ve all been there; right, ladies?

NOW, THAT WAS A LONG, EVENTFUL POST! Am I just really psyched about Valentine’s Day? Trying to compensate for missing last week? A little bit too wordy? Yes, yes, and definitely. Like usual, thank you so much for reading! This is one of my favorite things to do and I’m really glad I got to share it with so many wonderful people this week. As always, comment your feedback, criticism, compliments, professions of eternal love, etc. Thanks again! Love y’all.

Special thanks to my friend for tolerating me, Steve from SJL for the slushy, Habitat for Humanity Restore for the amazing opportunity, Christina Kirk for being unable to attend dinner because she was sick and yet still adding music to the video, the waiter at Brio for finding out what was in the wine glasses, and Dr. Stephen Himes for assigning the essay I literally stayed up until 4 am to finish. I hope you’re happy.