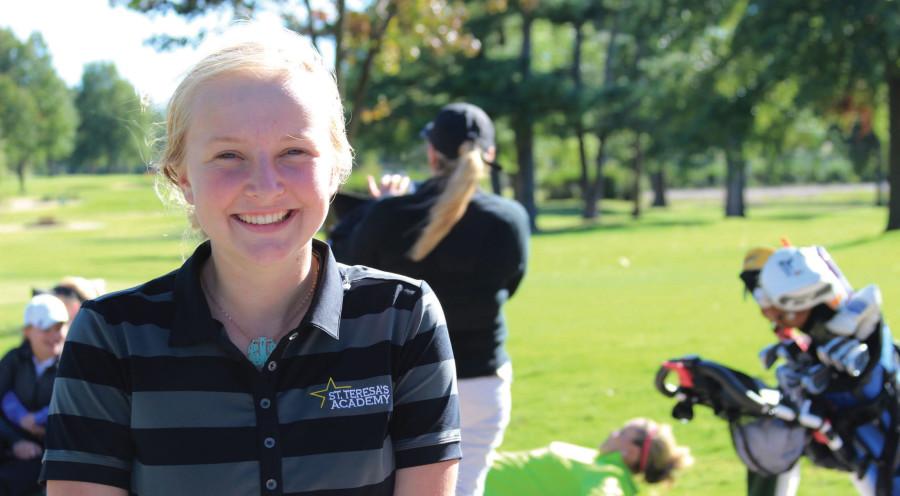 Sophomore Cora Martin competed in the State golf tournament Oct. 13 and 14 in Joplin. Martin placed 67th out of 88 competitors with a score of 102.

The first day of the tournament was canceled due to rainy weather, so the golfers played only one set of 18 holes instead of two.  According to athletic director Mark Hough, the weather was “horrible.”

“[The course] wasn’t actually that hard but the conditions were awful. It was raining and windy,” Martin said.

The previous week, Martin advanced out of Sectionals with the exact cut-off score of 92.

According to Martin, she was “really nervous and surprised” when she found out she made it to State.

“It was really kind of overwhelming because I knew I wouldn’t have my team with me,” Martin said.

According to athletic director Mark Hough, he felt good about having a golfer advance to State.

“We came out of a very tough District and very tough Sectional,” Hough said. “[Martin] is our fourth golfer, so it was kind of a surprise.”

The rest of the Varsity golf team did not advance out of Sectionals.

“[At Sectionals, the varsity golfers] just didn’t play as well as they have played the rest of the year,” Hough said.

Cora said she felt motivated by her team to do well.

“[My team was] so determined to all go to state together so that kind of drove me to try my best because we all really wanted to go,” Martin said.