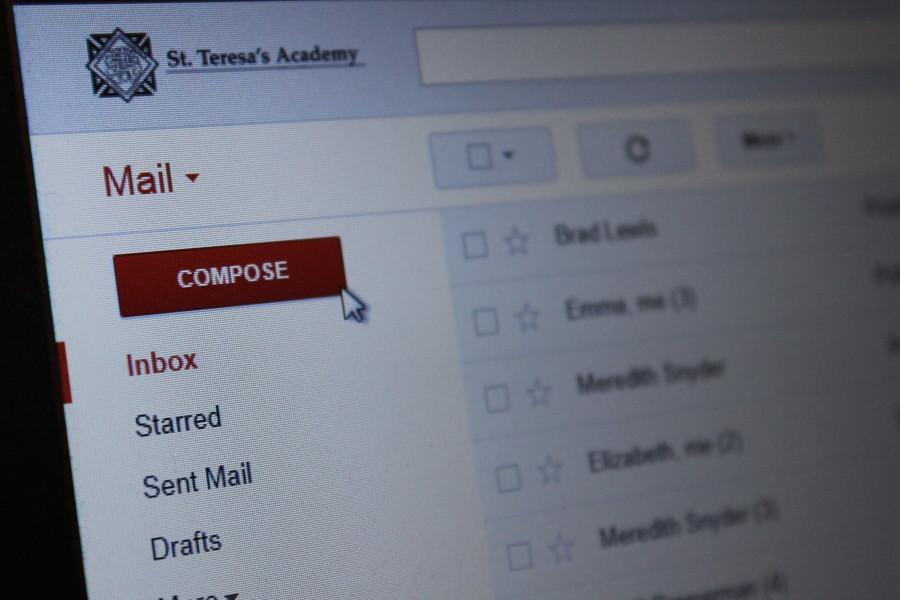 STA created email accounts this school year for every student. Administration implemented these email addresses in order to allow students and teachers to communicate with each other in a way other than Moodle messaging.

In addition, the accounts are not blocked by Smoothwall, STA’s new netbook security software, so they are accessible both under STA’s wireless internet as well as a student’s home or public network.

“By giving students access to email while on campus, we are opening up new ways to help improve student-teacher communications,” STA technology coordinator Jeff Zimmerman said.

Zimmerman also believes that the ease of communication between teachers and students is increased with emails rather that STA’s previous form, Moodle messaging.

Many students are pleased with the increased ease of communication from the email accounts.

“The school emails are resourceful because you can send and receive emails at school,” junior Liz Countee said.

“We’ve been looking on how to implement student emails for a while now,” Zimmerman said. “It wasn’t until this year that we had all the technological pieces in place to make it happen.”

Those pieces include software, online textbooks, security systems and imaging, according to science teacher Renee Blake.

“[Administration] wanted to make sure that every student was comfortable with using Moodle and Powerschool,” Blake said. “We just wanted to phase it in and not dump everything at one time.”

Smoothwall, however, cannot change restrictions on all things Google.

“Google Talk can not currently be monitored or archived so it has been disabled,” Zimmerman said.

Some STA students have noticed the change as well.

“The chat button [on documents] is gone now,” junior Maddie Rubalcava said. “I feel very restricted on what I can do.”

However, many upperclassmen, including Countee, agree that the new emails can be a “hassle.”

“It’s a hassle because I have four emails now,” Rubalcava said. “I already have two years’ worth of [documents] on one account. I don’t want to transfer these other documents onto another account.”

Junior Allison Frye agrees that the email was a “hassle” and believes Moodle, STA’s previous student-teacher method of communication, was sufficient by itself.

“I think the [STA emails] are stupid,” Frye said. “There isn’t a need for them. Moodle worked great.”

According to Zimmerman and Blake, the emails were created to merely give another option of communication for students.

“Teachers are given the choice of how they want to communicate [with their students],” Blake said. “[The emails] give a new opportunity for communication between students and teachers.”