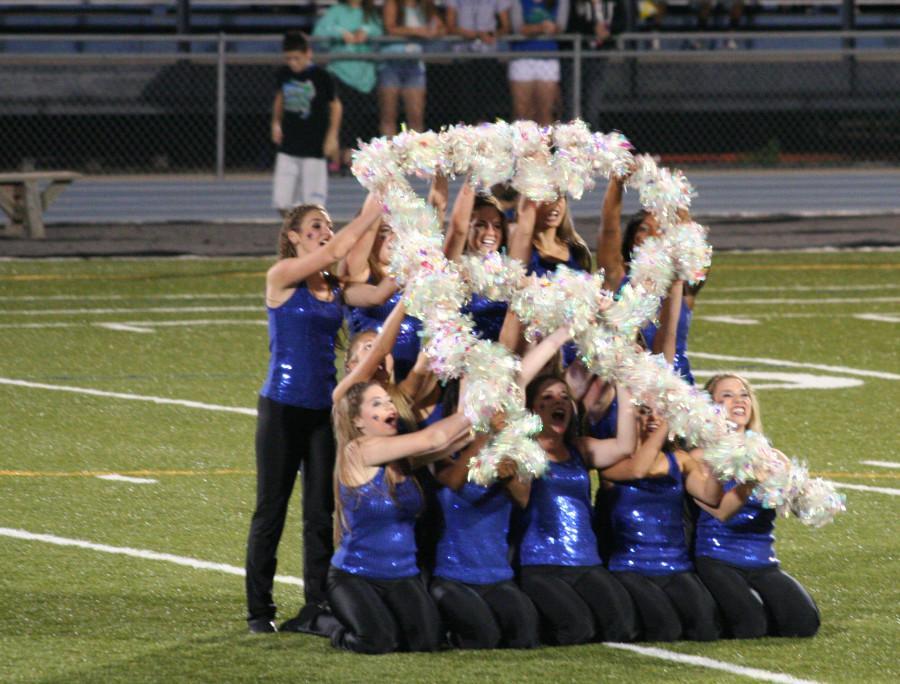 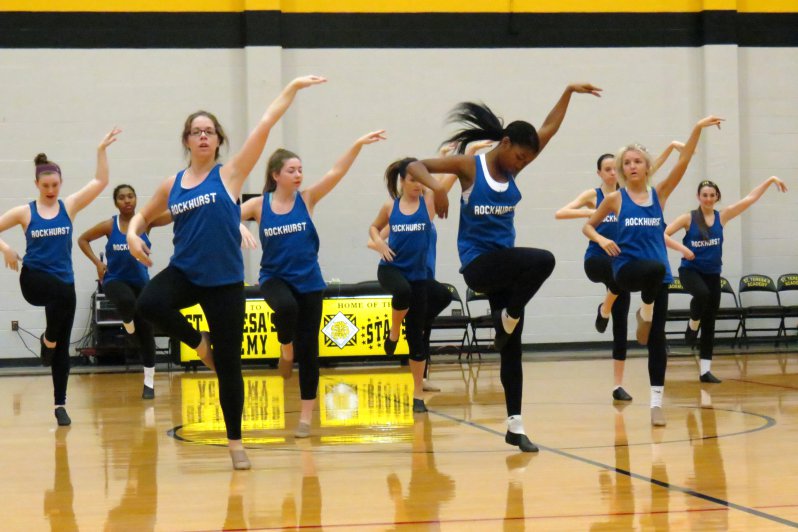 story by Mary Hilliard, photos by Katie Hornbeck
The STA dance won the jazz category at the Lee’s Summit North Dance Invitational Jan. 25. The winning dance included all fourteen members of the varsity team and featured junior Syndey Wimes individually at the beginning. The routine, performed to “Dancin’ Fool”, was choreographed by coach Christina Monaco.

“In the past we have had choreographers come in and teach us our dances,” senior and dance team captain Katie Daniels said. “It’s really awesome and convenient that Coach Christina does all the choreography herself.”

The Stars wore black tops, blue skirts, black gloves, and black feather hair pieces for the dance. According to Daniels, they each had to completely rhinestone the costumes the week before the first competition.

According to the Lee’s Summit North Dance Invitational brochure, the jazz category incorporates the elements of dance technique, concentrating on the technical part rather than on the precision or formation part of the routine.

The dance team also earned second place in the Mix category. The Mix category is a combination of the dance, pom and high kick styles.

They earned third place in the Pom category behind second place Blue Valley West. In the Pom category, the dance is performed with “a strong visible use of the pompons throughout the routine”, according to the Lee’s Summit North Invitational informational brochure. Pompons are required to be used during at least eighty percent of the routine.

The dance team’s next performance is at the Rockhurst High School basketball game Jan. 29.