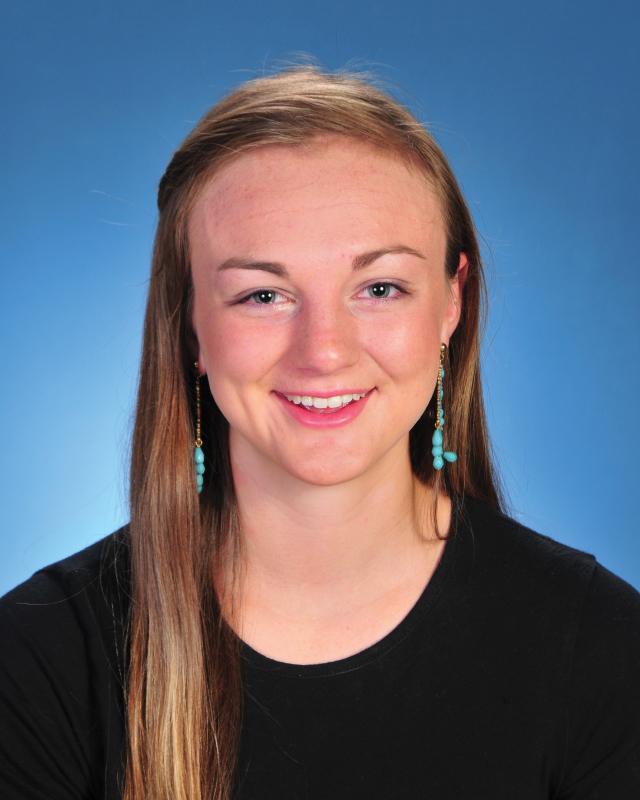 by Sara-Jessica Dilks
St. Teresa’s Academy alumna Rebecca Lueke, who went by Becca, died Monday morning around 10 a.m. in an automobile accident on Interstate 435, east of North Congress Avenue. Lueke, who was 18, graduated in May 2013 from STA and was a freshman at Benedictine College in Atchison, Kan.

An article published Monday evening by The Kansas City Star said that Lueke lost control of her vehicle, which crossed over the highway median into oncoming lanes, hit a guardrail and then was hit by a semi truck. According to police, dangerously icy roads could have played a role in the accident.

Benedictine’s sports webpage says Lueke was recruited to play basketball at the college for the 2013-2014 season. Lueke played STA varsity basketball for four years, was a team captain her senior year and helped lead STA to the 5A Missouri District Championships in 2013.

In addition to basketball, she also ran cross country and competed in track and field. Lueke was president of Care Club and attended Kairos with the K-39 group during her senior year.  Lueke attended Visitation for grade school, and her parents Don and Debbie are members of the Visitation parish.

Lueke’s two older sisters graduated from STA, Allie Lueke in 2010 and Maddie Lueke in 2011. Her younger sister, Eleanor Lueke, is an STA sophomore. She also has three younger brothers: Nathaniel, Michael and William.

In the 2012 Teresian yearbook, Becca was voted by her classmates as “most likely to be a kindergarten teacher.”

DartNewsOnline welcomes the community to submit comments on this story in remembrance of Becca Lueke.