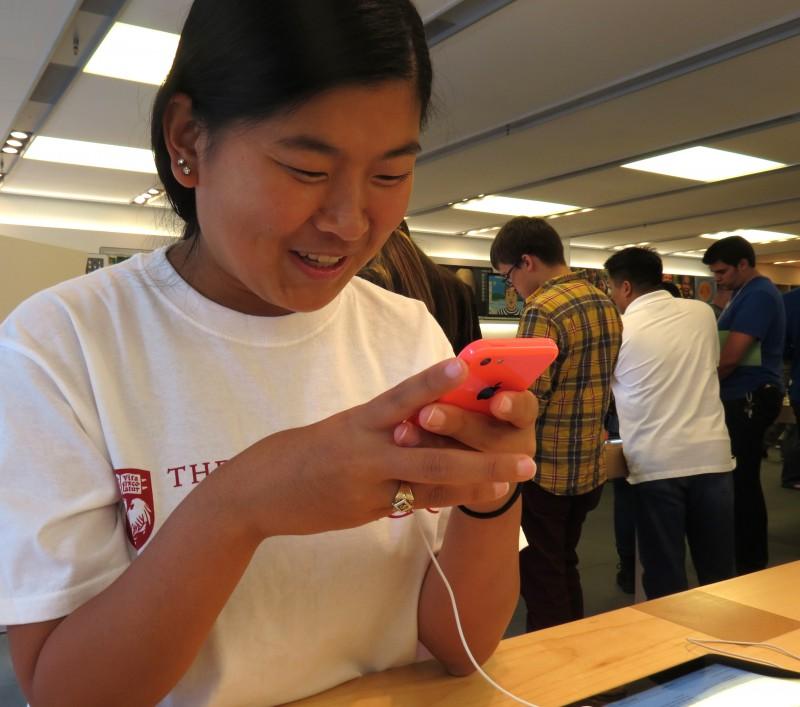 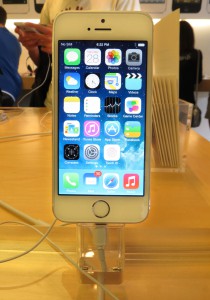 The majority of STA was talking about it that week. There were stories of girls begging for the school Wi-Fi password to download it and huddling around students with hotspots. It was the newest thing in the world of technology: iOS 7.

iOS 7 was made available for download on the iPhone 4 and higher Sept. 18. The upgrade makes many changes to the original iPhone “look” including a new color scheme, all new designed apps and the control center with easy access to many tools and settings according to apple.com.

“I really like the color scheme,” Ryan said. “It’s like getting a whole new phone. I wish it still had some of the old iPhone settings, but overall I like it, especially the iTunes Radio.”

iTunes Radio is similar to Pandora as it chooses songs it thinks the listeners will enjoy based on the previous songs listened to.

Not only has Apple created a system upgrade, but they have also added two new iPhones to shelves online and in stores around the world.

The iPhone 5s and 5c were released Sept. 20. The two phones have many similarities, yet many differences.

The iPhone 5s comes in three colors; silver, space gray and gold. The device is 7.7 mm thin and weighs 112 grams, which is the same as the iPhone 5, according to apple.com.

One of the newest changes to the iPhone 5s is the Touch ID.

“Your fingerprint is the perfect password,” Apple’s website said. “ You always have it with you. And no one can ever guess what it is.”

The Touch ID is located on the home button. It is built into the phone so the user simply has to touch the home button and it will unlock the device.

The iPhone 5c is very different on the outside from other iPhones. The 5c is available in five colors including green, blue, yellow, pink and white. Because of the colors Apple wanted on the outside of the phone they had to make it out of plastic, according to their website.

The 5c doesn’t have everything the 5s has. For example it does not have Touch ID or all of the same camera functions. One of the more noticeable differences between the phones is the price. The 5c starts at $99 while the 5s is $199 on apple.com.

Senior Camille Porterfield bought the 5c. She wasn’t a fan of it at first, but when she saw it in the store she liked it a lot.

“A lot of people have actually commented saying that they liked my case, but then they realize that it was actually just my phone!” Porterfield said. “My least favorite aspect is that it’s harder to hide during school because it’s a lot more colorful.”

Apple has not said what they see for the future of the iPhone, but everyone is waiting for the next update.